Wilson Hardness Block Calibration Laboratory ISO/IEC 17025
The Buehler Wilson® Reference Block Laboratory in Binghamton, NY, has achieved accreditation to ISO/IEC 17025 by A2LA (American Association for Laboratory Accreditation) for Rockwell, Knoop, Vickers and Brinell hardness test blocks and indenters. A2LA is in full conformance with the standards of the International Organization for Standardization (ISO) and the International Electro-Technical Commission (IEC), including ISO/IEC 17025. Buehler markets the reference blocks along with the Wilson hardness testers and DiaMet software globally. 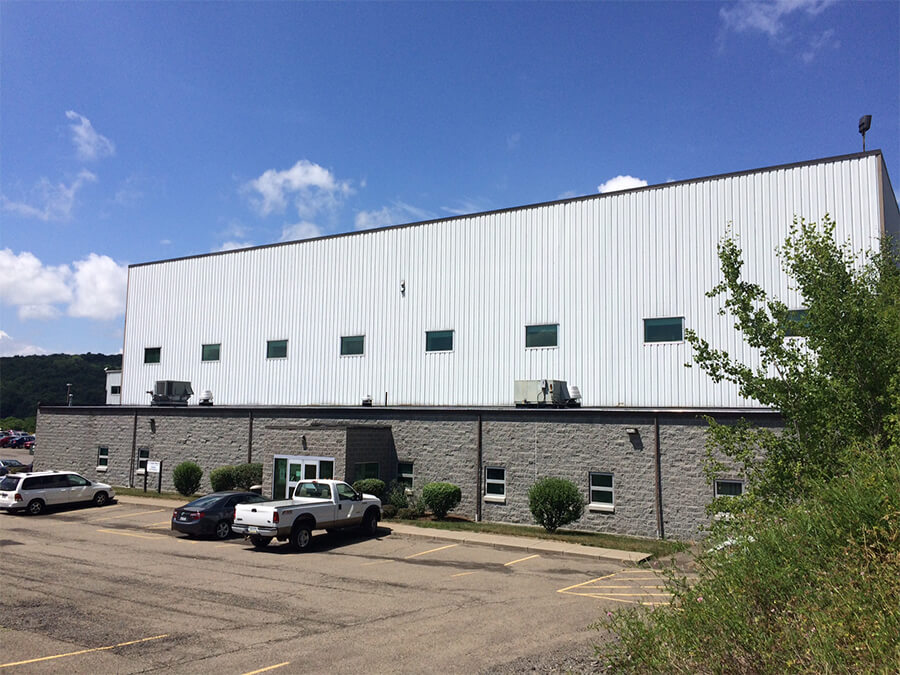 The testers used in the calibration process undergo a stringent monitoring process using NIST traceable devices and Buehler conducts 100% inspection to ensure that every single test block meets the physical requirements of ASTM (thickness, flatness, parallelism, surface roughness and magnetism). The laboratory then uses specialized hardness testers to calibrate blocks according to Rockwell, Vickers and Brinell scales which comply to ASTM and ISO standards for calibrating test blocks.

According, to Matthias Pascher, Hardness Product Manager, “The hardness readings are taken and statistics calculated according to the applicable standards. Each test block will get its own certificate, thus full traceability. In addition to in-house daily verifications, standards also require indirect verifications to be completed periodically by an accredited third-party. After the indent certification, the blocks are engraved with a laser engraver to add a grid (if applicable) and the hardness value with tolerance according to the standards. All hardness test blocks ship with ASTM and ISO certificates. Buehler is the only global supplier in the metallographic solution market that produces and calibrates hardness reference blocks.” 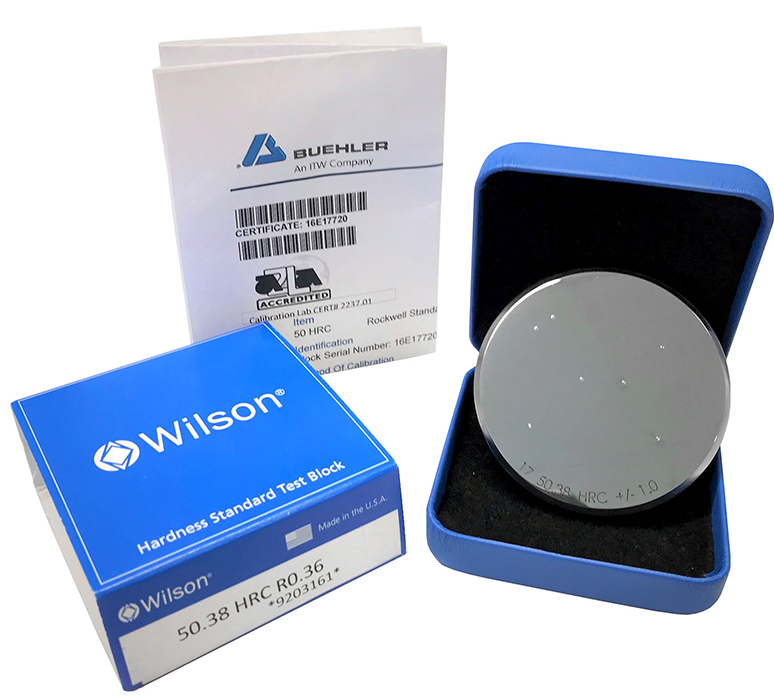 Scope of Accreditation The Buehler Wilson® Reference Block Laboratory in Binghamton, New York, is accredited to perform calibrations on hardness reference blocks according to the following standards: Buehler Test Blocks Available in Rockwell, Vickers, Knoop and Brinell Hardness Scales Buehler’s hardness reference blocks utilize the highest quality material to insure the most uniform and repeatable test blocks available. Buehler’s Test Block Calibration Laboratory has the capability to produce and calibrate test blocks for many different hardness scales. The complete line of Wilson Rockwell, Wilson Brinell and Wilson Vickers / Knoop Test Blocks for hardness testing is available within the hardness section of the Buehler website. To assist customers in the selection, process Buehler has also released a Test Block Application Guide with valuable information about the Wilson line of test blocks and important information about proper usage of test blocks.
Quick Links
Share
Quick Links
Share
Copyright© 2021 Buehler. All Rights Reserved. | 41 Waukegan Road, Lake Bluff, Illinois 60044 | +1 847 295 6500
Buehler Ltd., An ITW Company, strives to make its website accessible to everyone, including users with disabilities. If you are experiencing difficulty using our website, please email us at [email protected] or call at 1-800-BUEHLER (1-800-283-4537) and describe the difficulty or concern. If you would like assistance accessing the goods and services available on the website, please call 1-800-BUEHLER (1-800-283-4537) or email us at [email protected], and we would be happy to assist you.